When Nicola Sturgeon succeeded Alex Salmond as leader of the pro-independence Scottish National party and first minister in late 2014, she hailed her former mentor and close friend as “a hero of our movement and a champion of our nation”.

Six years on, Salmond has become perhaps the greatest obstacle to Sturgeon’s dreams of leading Scotland out of its three-centuries-old union with England.

In an extraordinary sundering of the ties between two of modern Scotland’s most influential politicians, Salmond has accused his protégé of misleading parliament and her closest associates of a “malicious and concerted” effort to drive him from public life that nearly put him in prison.

The dispute at the heart of the SNP, which has governed Scotland since 2007, is being watched with keen interest in London, where Boris Johnson, prime minister, fears that victory for Sturgeon’s SNP in elections for the Scottish parliament scheduled for May could set in train the break-up of the UK and end his premiership.

Salmond and Sturgeon dominated the pro-independence campaign ahead of Scotland’s referendum in 2014, in which voters backed staying in the UK by 55-45 per cent.

Support for independence has grown since, helped by disgruntlement at Brexit and widespread perceptions that Sturgeon has handled the coronavirus pandemic better than Johnson.

Polls suggest that the SNP is on course for a landslide victory in May that the party hopes will be a platform to push for a swift second independence referendum.

As the markets bomb lower, this one sector continues to rally

In an explosive submission to a Scottish parliamentary inquiry into the handling of the complaints against him published on Monday, Salmond accused Sturgeon’s husband Peter Murrell, the SNP’s long-serving chief executive, and her chief of staff Liz Lloyd of working with others against him.

“The evidence supports a deliberate, prolonged, malicious and concerted effort among a range of individuals within the Scottish government and the SNP to damage my reputation, even to the extent of having me imprisoned,” Salmond wrote.

Salmond also directly accused Sturgeon of making “simply untrue” statements to parliament about meetings at which they discussed the civil service investigation into his conduct. Such alleged behaviour would constitute a breach of the Scottish ministerial code that would normally be expected to result in resignation.

Sturgeon, Murrell and Lloyd have all dismissed any suggestion that they were involved in a conspiracy against Salmond. The current first minister insists that it was right to investigate the complaints against Salmond and that she did not mislead parliament.

But the accusations have deepened tensions within the SNP, a previously disciplined force that has been increasingly publicly riven over independence strategy and transgender rights.

In the parliament at Holyrood in Edinburgh, Ruth Davidson of the Scottish Conservatives this month said that Salmond’s accusers had been let down, taxpayer money wasted and a cover-up orchestrated at the heart of government. “The whole affair stinks to high heaven and the truth must be heard,” Davidson said. “If she’s found to have broken the ministerial code, then she must resign.”

Professor Sir John Curtice, a polling expert, said the impact on the SNP’s electoral chances could depend in part on how convincingly Salmond and Sturgeon argue their cases before the Scottish parliamentary inquiry.

It was not clear if Sturgeon would be called to the committee next week as previously planned.

“Insofar as people are willing to trust either of them, they are more likely to trust Sturgeon than Salmond — and that is particularly true of SNP voters, who are the crucial constituency,” Curtice said.

But Salmond’s indictment of the national institutions he used to preside over risks undermining the SNP’s central claim that Scotland would govern itself better than London.

The Scottish government has repeatedly refused calls from parliament to provide the legal evidence behind its initial defence of the investigation into Salmond, despite Sturgeon’s pledge of full co-operation. The Crown Office, Scotland’s prosecution service, has also refused to share evidence gathered during the criminal investigations that Salmond said would support his claims.

There had, the former first minister insisted in his submission, been a “complete breakdown of the necessary barriers which should exist between government, political party and indeed the prosecution authorities in any country which abides by the rule of law”. 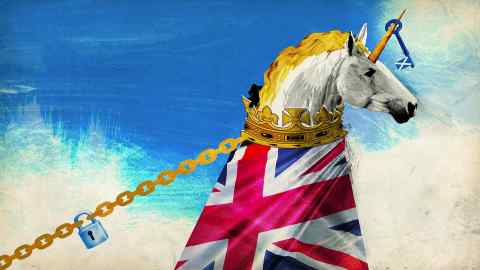 Scottish government officials and the Crown Office insist that they have acted properly.

Sturgeon has said the spur for the initial investigation was the “Me Too” global campaign against sexual harassment rather than any political conspiracy. And this month one of Salmond’s accusers, whose anonymity is protected by a court order, told the BBC it was “utterly absurd” to suggest that she and eight other women “could be persuaded to lie to the police, to perjure themselves in court”.

Some pro-union politicians are pinning their hopes on a separate inquiry by James Hamilton, former head of Ireland’s prosecution service and the Scottish government’s independent adviser on the ministerial code. Sturgeon asked Hamilton to review her response to the Salmond investigation and critics say he may conclude that she breached the code by failing to properly report her meetings with Salmond.

That would have once been seen as grounds for the first minister’s resignation, but Sturgeon has refused to say if she would quit.

And even Sturgeon’s demise might not secure UK unity for long.

Michael Keating, author of a forthcoming book on the fracturing union, said support for independence was being driven by Brexit, growing political identification with Scotland and the alienation of many Scots from successive UK governments.

“The fortunes of the SNP or individuals may affect the precise timing . . . but there are forces that are pulling the union apart that are much more powerful than any of these day-to-day events,” Keating said.

Tiger Woods injured in crash, jaws of life were used to rescue him

As the markets bomb lower, this one sector continues to rally

Tiger Woods injured in crash, jaws of life were used to rescue him

India’s plan to divest state-owned companies is ‘back on track’, says top official